Film has the magical power to bring people together, to inspire, to educate, to explore our identities, and uncover new and forgotten stories. For 26 years JCC Sonoma County has fostered a strong appreciation of Jewish and Israeli Cinema within the communities of our county. Continuing the tradition of superior cultural programs, the festival brings the newest and best of Jewish-themed and Israeli films that are rarely if ever featured on our local silver screens.

There are two annual festivals:

Visit the archives to learn more about past years' festivals.

During the pandemic, the festivals immediately pivoted to virtual programming. With the help of our generous sponsors, the JCC Film and Culture programs thrived, confirming once again how important these programs are to our community:

All films will be available online, some films will screen in-person at Rialto Cinemas Sebastopol.

Ticket sales alone only cover 30% of the cost of producing the film programs. Support this important cultural institution by become a festival sponsor. Click for more information. 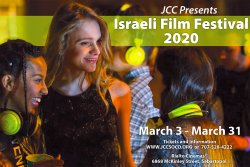 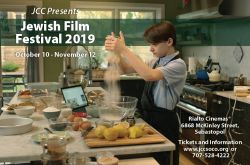