The Festival Concluded on November 18

Thank you to ALL who attended the films! This is a true community event, and we are proud to present the finest Jewish Films to Sonoma County. We cannot wait to see you at the upcoming 5th ISRAELI FILM FESTIVAL in March of 2020.

The JCC Film Program would not exist without the support of our generous sponsors. Should you be interested in supporting the film department or the upcoming festivals, please contact Irene Hodes at (707) 526-5538.
All screenings were help at Rialto Cinemas® in Sebastopol. We thank them for our partnership of 20 years! 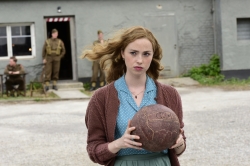 Against a backdrop of British post-war prejudice, a German SS soldier and POW signs to the Manchester City football club. A real-life legendary goalkeeper, Bert Trautmann’s joining the team causes outrage to thousands of soccer fans, many of them Jewish. Support comes from an unexpected direction: Rabbi Alexander Altmann, who fled the Nazis. Bert is supported by Margaret, an Englishwoman, whose love carries him through victory, serious injury, and tragedy. The Keeper raises tough questions about forgiveness and the power of sports to unite. Best Production Winner at the 2019 Bavarian Film Awards. 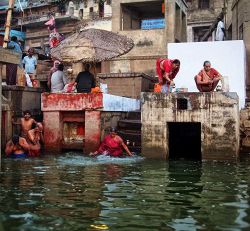 Three Israeli visionaries bring sustainable water solutions to diverse areas of the world: an impoverished African village, a polluted Indian city, and an at-risk almond farm in California’s Central Valley. Using technologies developed in Israel, these innovators highlight the relationship between food, energy, and water, emphasizing how solving these challenges helps to free women, and the world, from poverty, illness, and lack of opportunity. Screened with the Israeli humorous short film How to Swim. A discussion with special guests will follow the films.

Frankfurt, 1946. David Bermann and his friends have escaped the Nazi regime and are dreaming of going to America. But how will they get the money? The smooth-talking businessman focuses on what the Germans “must” need most: fine linens nicely wrapped in amusing stories. The talented tricksters go from home to home, praising housewives without shame, while making unbelievable sales. But questions about Bermann’s past catch up with him. Could he have collaborated with the Nazis? Audience Award Winner at the Norwegian International Film Festival and RiverRun International Film Festival.

Join us to see (OR feel free to sing along with) the legendary Academy Award Winning musical Fiddler on the Roof, shown for first time in decades on the big screen. This inspired story of Jewish shtetl life had an unlikely and profound global impact, as the world claimed Tevye’s story as their own. Brush up on your trivia, or if you’re feeling bold, compete in the costume contest and win prizes, as we celebrate “Tradition”! Enjoy our strolling fiddler Gus Garelick.

Twelve year-old Brooklynite Abe Solomon-Odeh (Noah Schnapp, Stranger Things) is half-Israeli Jewish and half-Palestinian Muslim. He spends hours in the kitchen concocting recipes, food blogging, and slipping out of the house to explore New York’s indie food scene. But when it comes to navigating his family’s huge culture clash, he’s at a loss. During one chaotic family dinner, Abe escapes and discovers a street fair and the culinary magic of Chico (Seu Jorge, The Life Aquatic with Steve Zissou), a talented Afro-Brazilian chef. An unlikely friendship helps Abe find his identity and discover how food can bring people together in this charming and poignant feast for the senses.

An offbeat musical-documentary, Dreaming of a Jewish Christmas is about Jewish immigrant-songwriters, including Irving Berlin and Mel Tormé, who wrote the soundtrack to America’s most popular holiday: Christmas. A Thousand Kisses is an endearing, animated true love story. Hilarious award-winning Jewish Blind Date follows unhappy Mary Lou as she reconnects to her Jewish roots in order to marry a religious man. Award-winning Edek weaves storytelling with hip hop as a Holocaust survivor searches for the man who saved her. Academy Award nominated Joe’s Violin traces the life of a Holocaust survivor who donates his violin to an inner-city girls’ school in the Bronx.

We would like to thank ALL the 2019 business and individual sponsors who make this festival possible for all of us.